May the warm winds of heaven blow softly upon your house. May the Great Spirit bless all who enter there. May your moccasins make happy tracks in many snows and may the rainbow always touch your shoulder.

This is the first Medicine Wheel that I created in Mesa, Arizona at my friend’s Gift and Peters house. I did not help to notice that they had a pile of rocks in the backyard. I asked them if I could build a Medicine Wheel and we’re kind enough to let me creative. It took me days to lay down the stones. I believed that it did not belong to me. This was in October of 2015 and in June 2016 MamaAZ saw the Medicine Wheel and ask if she could add to it. I told her it was not mine that it belonged to all. I let go of it the minute I was done creating it. It has amazing energy and I’m very proud to have created such an amazing energy grid. To Gift and

This was in October of 2015 and in June 2016 MamaAZ saw the Medicine Wheel and ask if she could add to it. I told her it was not mine that it belonged to all. I let go of it the minute I was done creating it. It has amazing energy and I’m very proud to have created such an amazing energy grid. To Gift and

To Gift and Peter, I thank them for allowing me to do this and to MamaAZ for recognizing the power it has.  This Medicine Wheel is in Mesa AZ. 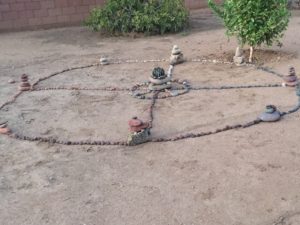 This Medicine Wheel was my second one created the winter of 2017 on the shore of Fortuna Pond in Arizona. I went back to see it the next year and it was gone but the energy is still there. Glad I took a photo of it. Fortuna Pond is a quiet little pond that has amazing sunsets. 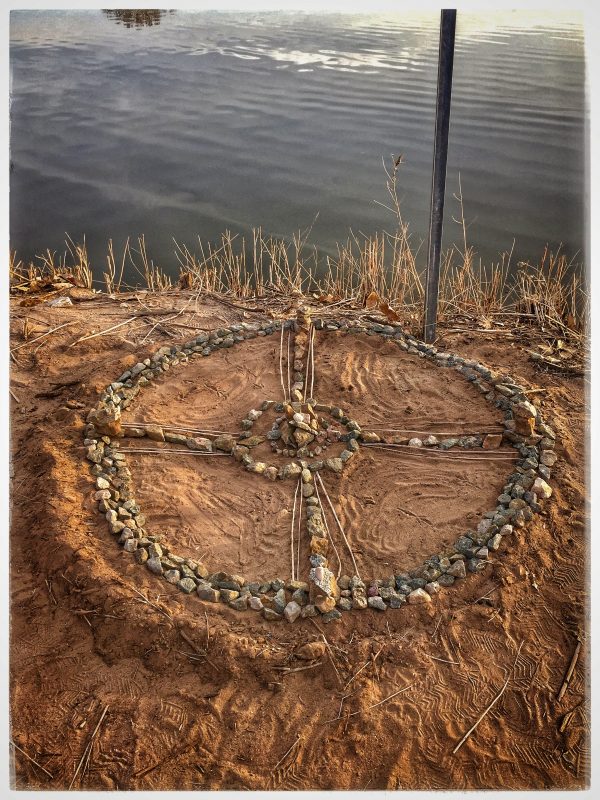 This was created in early 2017 at the RTR event in Quartzsite Arizona. I went back the next year and found it still in beautiful condition. I made sure the rocks were all in place and did a healing meditation to heal the earth. 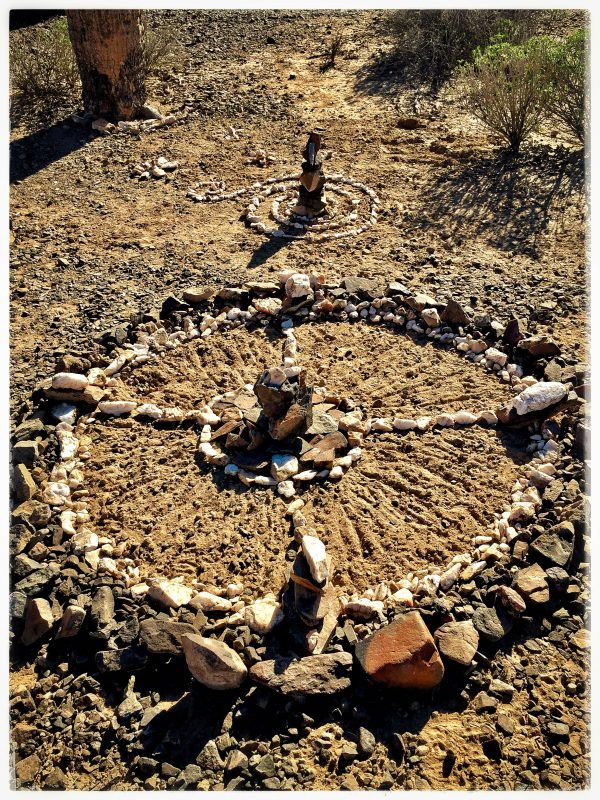 This is in the backyard of my friend Joy and Russ as it was a gift to them for letting me park my RV and share two wonderful weeks with them. 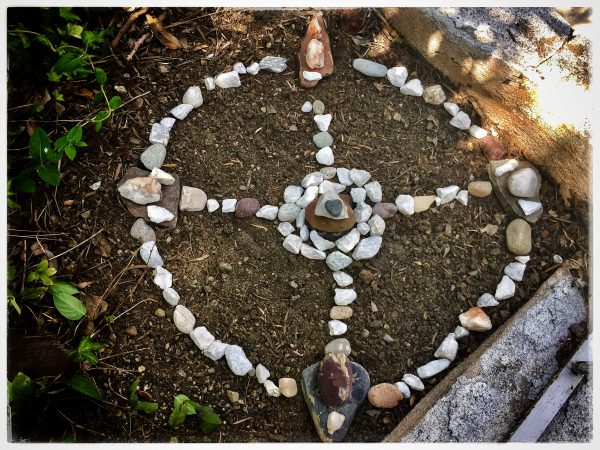 This is my 5th  medicine wheel when I went back to Quartzsite it’s in La Posa West. I collected quartz crystals from the area as there were so many. 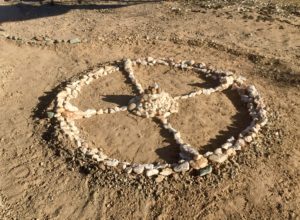 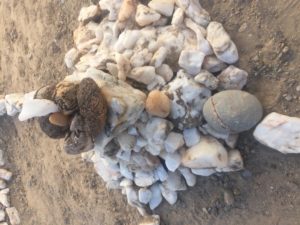 By Chief Seattle, Leader of the Suquamish and Duwamish Native American tribes

Native Americans have a deep connection to nature that is referenced in helping establish and maintain balance, health, and wellness. Nature is referred to as “Mother Earth” and because of her significance, she has been adopted into numerous customs and traditions. One example of this concept is the medicine wheel, which symbolically represents perfection as well as the circle of life.

Most medicine wheels, also called sacred hoops, have four common compass points, each with a guiding spirit, that symbolize the four stages of life and offer lessons and gifts that support the development of a balanced life.

The four points as may also have animal, plant, celestial and other representations, which differ greatly from tribe to tribe. For example, the Buffalo that appears on medicine wheels of the Plains Indians is not represented on the wheels of southeastern tribes, as that animal was rare among them and alternately an alligator would not appear on the medicine wheels of northern tribes.

The number four is sacred to many Native American tribes as it represents the four seasons, the four human needs – physical, mental, emotional and spiritual, the four kingdoms – animal, mineral, plant and human; the four sacred medicines — sweetgrass, tobacco, cedar and sage.

The chart below represents the various areas that might be integrated into a medicine wheel, as we have demonstrated in the photo above. 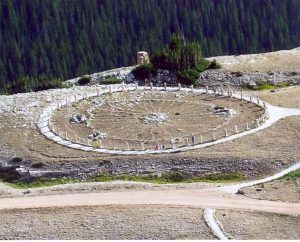 The Medicine Wheel can take many different forms in various types of artworks or it can be a physical construction on the land. For thousands of years, Medicine Wheels have been built on Native lands in North America.

One of the most notable is the Bighorn Medicine Wheel located in the Bighorn National Forest in Wyoming. For centuries, this sacred site has been used by Crow youth for fasting and vision quests, and for other Native Americans as a site to offer thanks and make prayers.

The Medicine Wheel, named by white men who discovered it at the end of the 1800s. The most southern and one of the largest in existence, this wheel is said to serve as a type of landmark to identify the sunrise of the summer solstice. In its most simplistic definition, the Medicine Wheel is a symbol of ALL creation, of all races of people, birds, fish, animals, trees, and stones. It’s shape is that of a wagon wheel, made of stones. According to tribal beliefs, the circular shape of the wheel represents the earth, the sun, the moon, the cycles of life, the seasons, and day to night. Movement around the perimeter of the Medicine Wheel is in a clockwise direction, the rotation path of the earth. At the center of the wheel, at the hub, is Creator, who sits in perfect balance. Outside the center, there is an inner circle representing the Old Woman (the earth), Father Sun, Grandmother Moon, and the four elements. Four distinct rock mounds, set in the four directions, lay on the perimeter, separated by stones representing the moon’s cycles. Stones, laid from the perimeter, in straight lines, to the center (the spokes of the wheel) represent spiritual paths, leading us to the center, to perfect balance, to the Creator.

It was made a National Historic Site in 1996. A number of other stone Medicine Wheels are scattered across the plains of Alberta and British Columbia, Canada, and the northern United States.

Prayer to The Four Directions

Great Spirit of Light, come to me out of the East (red) with the power of the rising sun. Let there be light in my words, let there be light on my path that I walk. Let me remember always that you give the gift of a new day. And never let me be burdened with sorrow by not starting over again.

Great Spirit of Love, come to me with the power of the North (white). Make me courageous when the cold wind falls upon me. Give me strength and endurance for everything that is harsh, everything that hurts, everything that makes me squint. Let me move through life ready to take what comes from the north.

Great Life-Giving Spirit, I face the West (black), the direction of sundown. Let me remember everyday that the moment will come when my sun will go down. Never let me forget that I must fade into you. Give me a beautiful color, give me a great sky for setting, so that when it is my time to meet you, I can come with glory.

Great Spirit of Creation, send me the warm and soothing winds from the South (yellow). Comfort me and caress me when I am tired and cold. Unfold me like the gentle breezes that unfold the leaves on the trees. As you give to all the earth your warm, moving wind, give to me, so that I may grow close to you in warmth. Man did not create the web of life, he is but a strand in it. Whatever man does to the web, he does to himself.

We wish to thank the Legendsofamerica.com